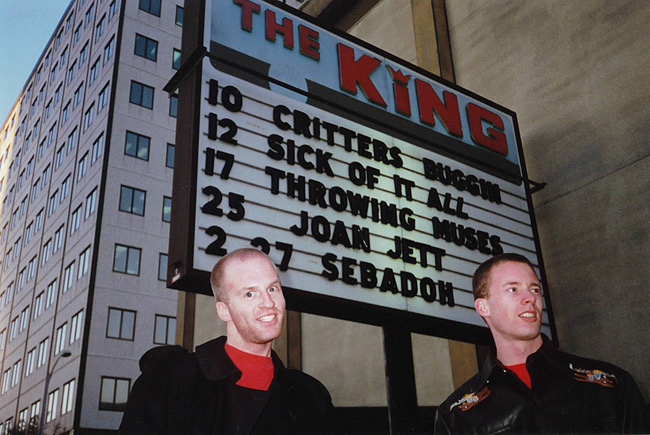 I need to pause for a moment. I’m sad to say that my friend Kevin has passed away.

Kevin and I met in high school and later moved out together. We went to a lot of early 90s Vancouver clubs, shows, readings and arts classes together—and listened to countless hours of music (especially punk rock classics).

I’m going to miss the midnight air guitar sessions, the endless stories, beers, and especially the laughs we shared. I always admired Kevin’s unwavering lightheartedness and his staunchly held politics of social equality.

This mix is fueled by amazing memories, as well as a great sadness that a like-minded individual and friend has died. The punk music in this mix is a fairly typical play list from the old days. These songs really bring me back to the best years of my friendship with Kevin, and the politics of this music will always resonate with me.

Thanks to Keane for compiling this play list with me, and sharing memories of his friendship with Kevin. The creation of this mix was a difficult task as we are still feeling the shock of his loss. I’d also like to send out lots of love to Kevin’s family and friends.